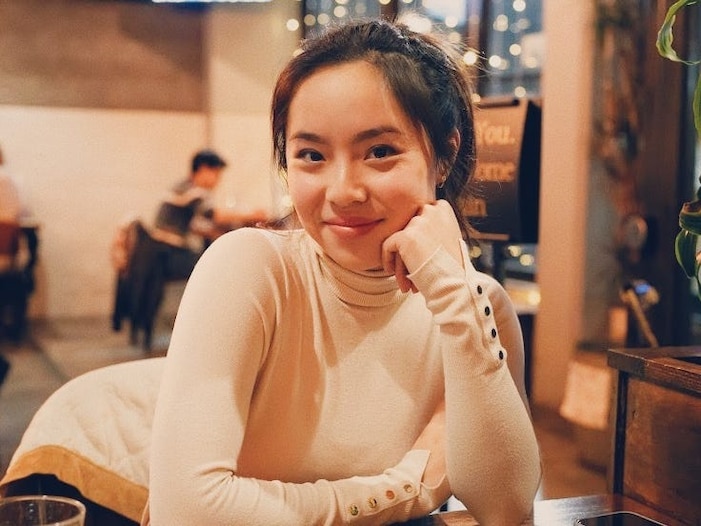 Emily Vu was experiencing a lot of anxiety about her future.

It was a late night in early March, and the college senior studying computational physics at the University of California, Irvine, was preparing for exams while looking for a job. She had a spreadsheet of hundreds of companies she was reaching out and applying to without much success.

“I was really anxious. I was at home too, so that added to it,” she told Insider. “I was starting to lose motivation during school, and so I was pretty stressed.”

She is passionate about art and technology and was looking for a position as an associate product manager. But these are very in-demand roles, and most major companies like Google or Microsoft receive thousands of applications.

“I realized that my résumé was going into the void. I never got a single response back,” Vu said. “So that was through trial and error – I realized I had to do something a little bit different.”

Then a product-manager position at Spotify caught her eye, she said. The role would require Vu to use her design ability, so she decided to show off her skills in the application. Vu said she was attracted to the company because of its mission to serve artists and because she’s an avid user of its product. The culture of the company and its leadership seemed to fit her as well.

After a long night of studying, Vu spent two hours creating a Spotify-themed résumé to show the company how interested she was in working there. She said she was excited to send in her application but incredibly disappointed to see that the job posting was removed.

So she decided to post her résumé on Twitter, where it quickly trended -garnering more than 19,000 retweets and over 300,000 likes. She also shared the résumé on LinkedIn, where it got more than 30,000 likes.

The extra effort paid off: Vu got multiple interview opportunities and landed a product-management internship at Spotify. She also completed The Opening Act, a program Spotify runs to identify underrepresented talent for internship roles. Here’s how she did it.

What you can learn from Vu’s experience

The experience taught Vu a lot about what employers are looking for with jobs in product management.

The interview process for product management is much more intense than the standard series of in-person interviews typical of most roles. After the phone screen and initial interview, interviewers typically start to ask very technical questions or administer assessments to determine a candidate’s problem-solving skills.

By creating this résumé, Vu was showing off her problem-solving and technical-design skills.

Vu also credited the Product Association at her university, a club of students interested in product-management careers, with helping her with her job search. Her friends alerted her to the job opening at Spotify, which got her to try the redesigned résumé, and they also gave her advice on navigating the process once she started fielding widespread interest.

Vu said she had learned the importance of being yourself and showing your true colors in the job-application process. Her ability to create and share a standout design helped her get a job more than her GPA or specialized degree, she said. And it’s advice any job seeker can use.

“I had that written down on my notebook somewhere, ‘Just do the best with what you have.’ And, I think, everyone felt the same way,” she said. “So that was me doing the best with what I had. I never thought it would take off like that.”

Read the résumé she used to land her internship:

Some airlines still aren’t selling alcohol aboard flights, and it’s one of the changes flight attendants hope will stay in place as travel rebounds