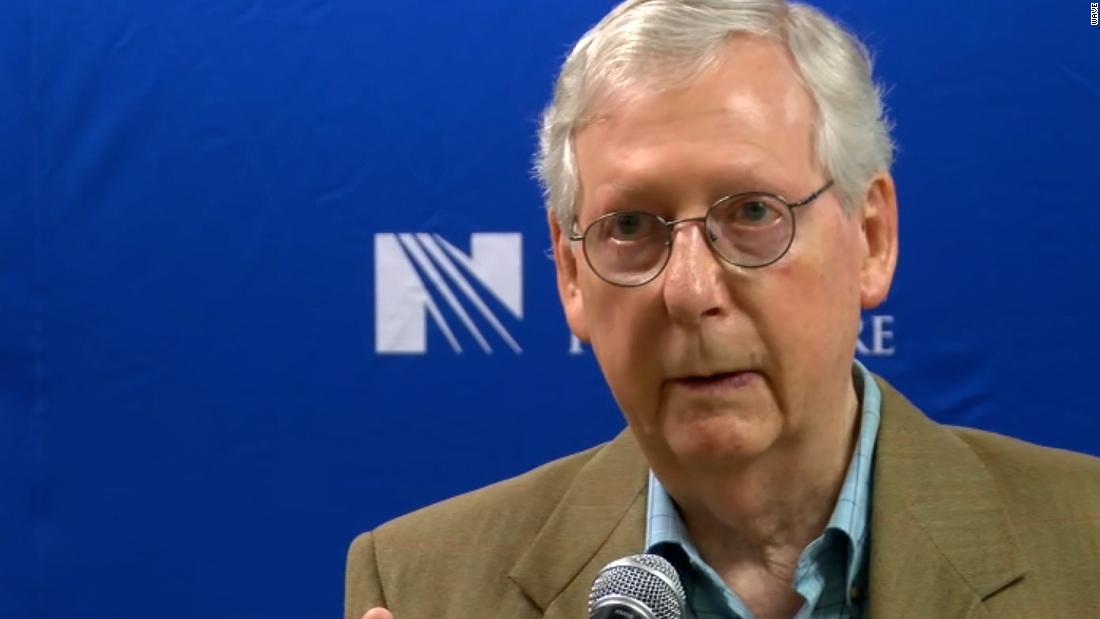 In a letter obtained by CNN, the Republican leader asks Education Secretary Miguel Cardona to abandon curriculum in American schools that McConnell argues tells a revisionist history of America’s founding.
McConnell claims these programs such as The New York Times 1619 Project “re-orient” the view of American History “away from their intended purposes toward a politicized and divisive agenda.” Politico was the first to report on the letter.
The 1619 project has become a hot button issue for conservatives across America and politicians have fought efforts by school districts to make it a part of history curriculum in public school districts.

The project, launched by The New York Times in 2019, reframes American history around the date of August 1619 when the first slave ship arrived on America’s shores, and it has launched a fierce debate over the legacy that slavery has played in shaping America, particularly as it relates to its treatment of Black citizens.

Republicans have misleadingly suggested there are widespread efforts to install the program in schools across the country. Former President Donald Trump made it a rallying cry during the 2020 election. While some states, like California, have used the project as part of their learning plan, the federal government has not directly instructed or promoted schools to use it, as it does not play a role in specific curriculum planning in local schools. Those decisions are largely made at the state level.

However, the Education Department, under the Biden administration, has proposed offering grant programs to states and local schools that would incentivize them to use tools like the 1619 Project in their classrooms.

McConnell is calling on the education secretary to abandon the idea.

“Actual, trained, credentialed historians with diverse political views have debunked the project’s many factual and historical errors, such as the bizarre and inaccurate notion that preserving slavery was a primary driver of the American Revolution,” McConnell writes. “One renowned historian called the project ‘so wrong in so many ways.’ Citing this debunked advocacy confirms that your Proposed Priorities would not focus on critical thinking or accurate history, but on spoon-feeding students a slanted story.”

In an interview with CNN’s Ana Cabrera, Cardona said he had yet to see McConnell’s letter, but made it clear the federal Department of Education plays a very small role in curriculum planning.

“The reality is that when we’re discussing curriculum, the federal government doesn’t really have a role in the curriculum development,” Cardona said. The secretary went on to say that decisions over the inclusion of programs like these remain in the hands of local districts.

McConnell did not limit his criticism to the 1619 Project. He also attacked state level programs that he argues demonstrates a pattern of public schools attempting to indoctrinate children with liberal policies.

“Families did not ask for this divisive nonsense. Voters did not vote for it. Americans never decided our children should be taught that our country is inherently evil.”

This story has been updated with additional developments Friday.

CNN’s Lauren Fox and Betsy Klein contributed to this report.

Spare ticket for spaceflight with Jeff Bezos auctioned for $28 million